So, tonight, at 8pm PST, I will debut the first ever broadcast of Section 149, named after the RF bleacher section at the Oakland Coliseum. For the inaugural episode, I will have a co-host, Mateo Fischer. You can check out his blog here and follow him on Twitter here.

Secondly, I got a fan pack in the mail from the Twins today! 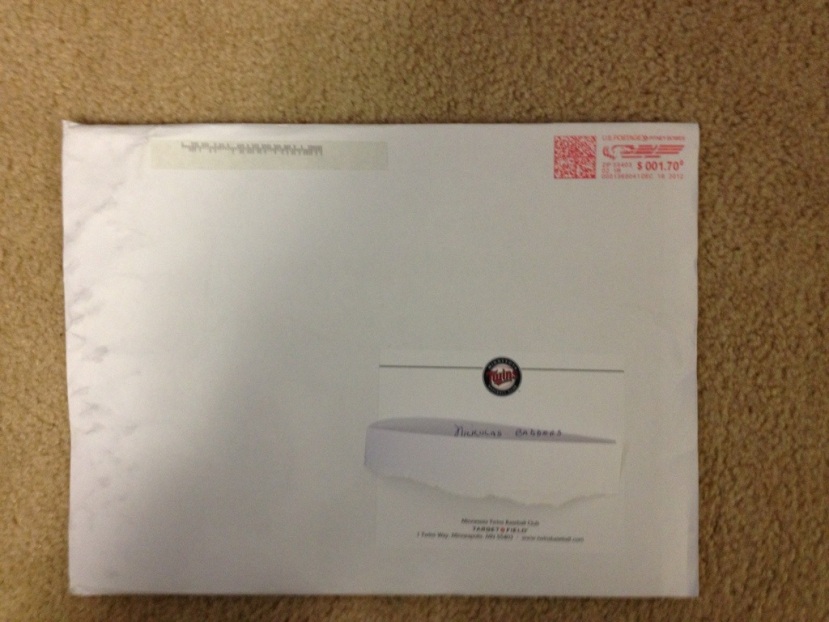 I first pulled out these 4 news releases:

I then pulled out this photo illustrating Target Field’s “Green” abilities:

After that, I found a commemorative print of Target Field:

Then, I pulled out a paper copy of their 2013 Spring Training schedule:

After that was 6 logo stickers: 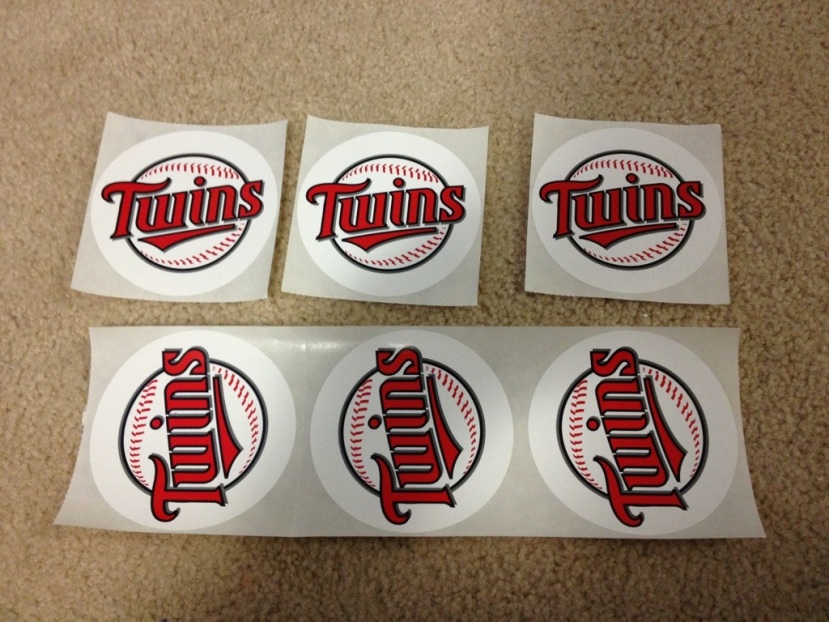 Followed by this photo card of Brian Duensing:

This short letter was on the back: 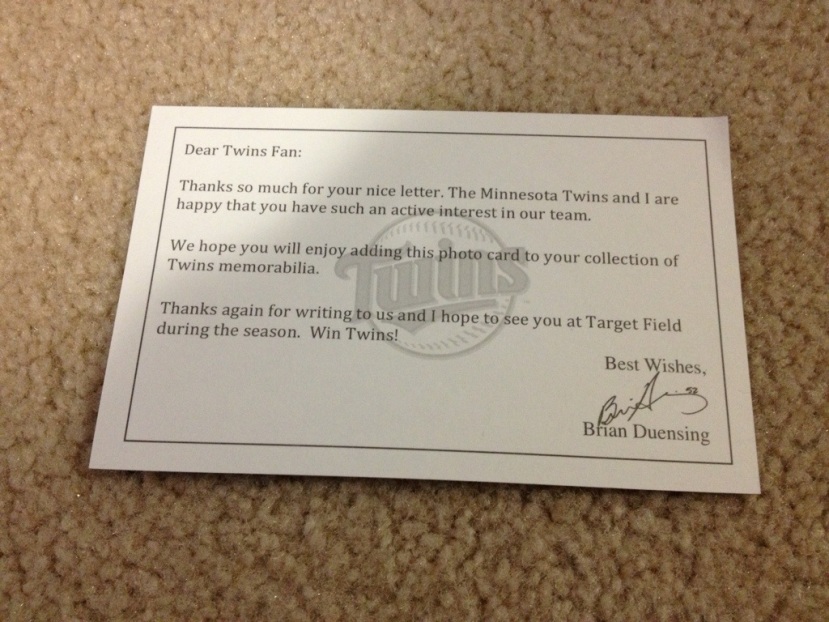 I then pulled out 5 more photo cards with blank back sides: 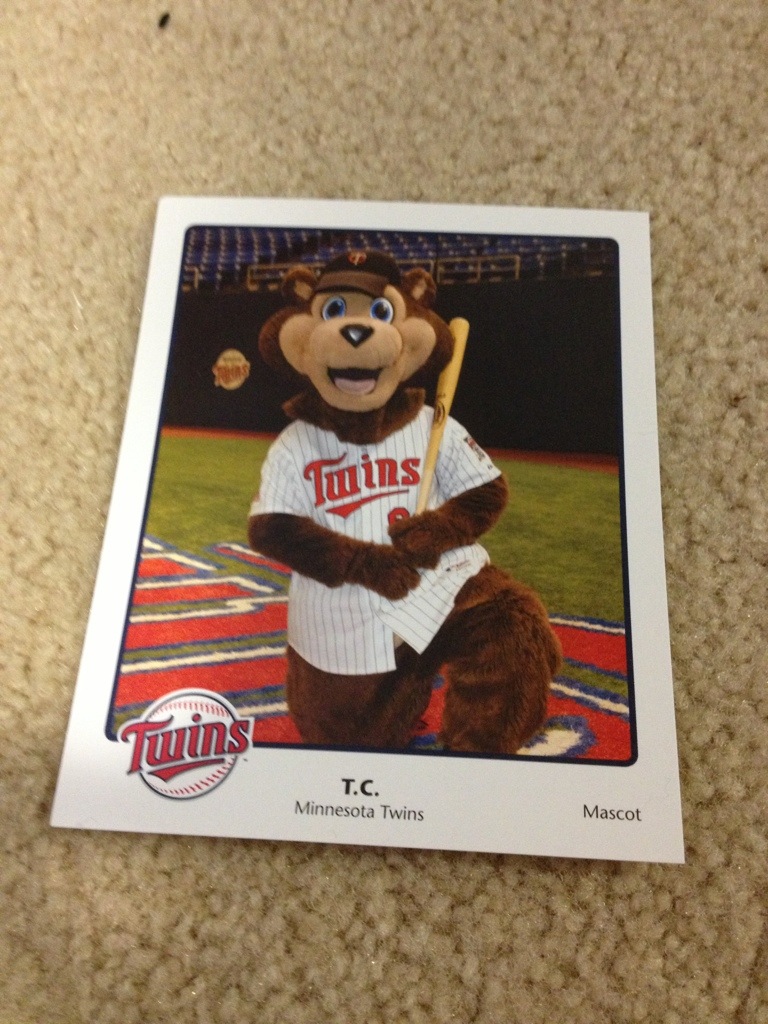 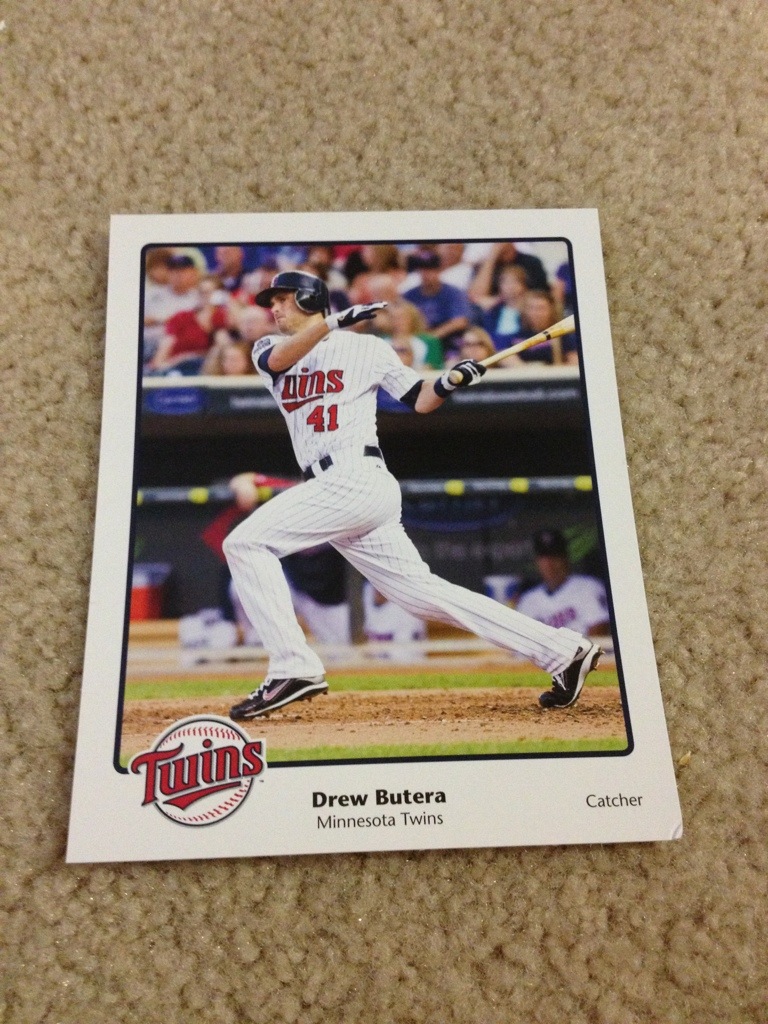 That’s it for this entry!